Story and images by John Maddocks 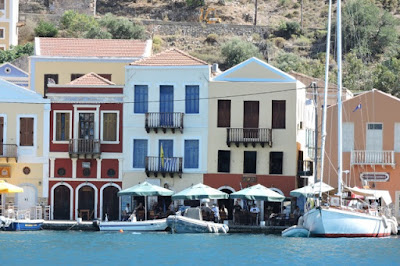 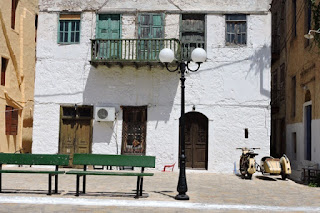 The island of Meis, or Kastellorizo to the Greeks, is simply superb. Just 2 kilometres off the Turkish holiday town of Kas, this small eastern Mediterranean island sports picturesque, brightly coloured neo-classical houses on a gorgeous blue water bay. The first impression is that you've arrived on a movie set and indeed you have, as the Oscar winning film Mediterraneo was made here. 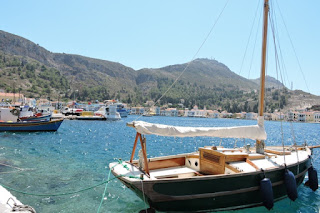 Wander up cobblestone lanes, admire the wrought-iron balconies and bask in the sun. Meis gets 320 days of sunshine every year. Check out the Knights of St John Castle, the museum and take a trip to the spectacular Blue Cave. Or just sit by the harbour, which is undoubtedly one of the best in Greece. So if you're travelling in Turkey, take the twenty minute fast ferry from Kas for a day trip or to enter Greece on the way to Rhodes. This tranquil island gem is not to be missed.


Enquire about this story for your magazine
Posted by rodeime 4 comments:

Getting railroaded in Europe

In 1977, a pimply young Roderick Eime set off on a railway journey around Europe armed with a Student Rail Card and a sleeping bag. Now, some 35 years later, he sets out again with a smartphone app to explore some of the routes in the former Soviet-controlled Eastern Bloc that were not on the Eurail map during the Cold War period.

The journey begins in Athens and takes him through Bulgaria, Serbia, Hungary, Austria, the Netherlands and into Germany over five hectic days.

While some trains remind him of the dank compartments and ramshackle carriages of his youth, the space-age, 300kmh ICE trains running through Germany are a thing of wonder.


Climb aboard for this journey of nostalgia, history and amazement as Rod bribes his way through Bulgaria, gets fleeced in Belgrade and rockets across Germany with his 21st Century Rail Europe Eurail pass.

The romance of sail: Star Clipper in the Aegean Sea

Star Clippers recreates the essence of maritime adventure with their fleet of superb, fully-rigged sailing vessels. Small ship cruise expert, Roderick Eime, gets into the rigging aboard Star Clipper in the Aegean Sea


The waters of the glorious Aegean Sea have been sailed by ships since the dawn of time. Greeks, Romans, Persians and Turks all traded and invaded the these waterways and coasts in their quest for regional domination. The great philosopher, Plato, described the Greeks living round the Aegean "like frogs around a pond". With numerous UNESCO World Heritage sites like Rhodes, Delos and Patmos, there's intellectual as well as hedonistic pleasures to enjoy.

Now a modern aquatic playground plied by ships of all shapes and sizes, the Aegean Sea is visited by thousands of fun- and sun-loving travellers and tourists from all over the world.


ENQUIRE
You may also be interested in: Through the Panama Canal with Star Flyer
Posted by rodeime 1 comment:

Through the Panama Canal to Costa Rica aboard Star Flyer

The Panamanian port of Balboa lies at the Pacific end of the Panama Canal. There are luxury yachts from all over the world here, but the towering mast and bright lights of Star Flyer stand out well above the rest. Stepping on board this luxury windjammer is like going back in time to the days of the clipper ships that ruled the waves in the 19th century. Ducking under booms, stepping over coils of rope, leaning against railings just feet above the sea, and watching sailors work the winches, are constant reminders that you're on a real working ship. Kris Madden tells of sailing from Panama to Costa Rica aboard the clipper ship Star Flyer.
Posted by rodeime 1 comment: