Going for Golfing Gold in Queensland

The Gold Coast is one of the most popular holiday destinations in the world, attracting millions of visitors every year. And it’s easy to see why, with 70 kilometres of sandy beaches, 100,000 hectares of World Heritage rainforest, theme parks, wineries, boutique shopping and health retreats.

With more than 40 championship standard courses, the Gold Coast could also be re-named the “Golf” Coast. Some of the world’s best course designers have left their mark on the region and the result is a great selection of courses for all standards.


Mount Kailash is Tibet’s holiest mountain, revered throughout Asia by no less than five different religions. To many, it’s the centre of the universe - where heaven, earth and the underworld overlap. Every year, as they have done for thousands before, many make the pilgrimage to Kailash in an ancient ritual of devotion. Kris Madden joined them on a (literally) breath-taking journey. Just one circuit is said to cleanse the sins of a lifetime, while 108 (the sacred number) is said to guarantee instant enlightenment. The story also includes travelling to Lhasa from Beijing on the high altitude train.
Posted by rodeime 2 comments:

Ewen Bell: Macau Through the Lens

A summer of small ship luxury and discovery
Beginning mid-November, expedition and small ship cruise specialist travel writer and photographer, Roderick Eime, will board National Geographic Orion for the first of three back-to-back expedition cruises when he sails for Tahiti from Fiji over three weeks.


Then it's a return to PNG aboard the much praised True North for a week on the Louisiade Archipelago Adventure.

Finally, in the New Year, it's a two week sub-Antarctic circuit of New Zealand including Macquarie Island and the seldom visited Antipodes and Bounty Islands to the west.

It will certainly be a busy summer and a wild mixture of windswept latitudes, tropical islands and colorful coral reefs.

Let Rod relate some of this remote splendour to your readers with a vivid photo feature or rich and descriptive travel narrative.

Contact Rod today to secure your editorial and pictorial package

Mike Butler battens down for a Lamborghini storm As the successor to the Gallardo, the 449kW V10 Lamborghini Huracan is a major changing of the guard for the car maker and on 22-23 November, Mike Butler will be one of only five journalists from the region to test drive it on the F1 Sepang racetrack in Kuala Lumpur.

The Huracan is the vehicle Lamborghini has chosen to re-enter motorsport with the creation of the new Super Trofeo series and the weekend will also host the first international final, complete with all the sparkle and glamour one would expect from an apex brand like Lamborghini.
This is a seriously appealing dream vehicle for all market segments. It's the hero vehicle of the market leading Xbox game, Forza Horizon 2, which has the dominant DNA strand of Lamborghini's raging bull throughout. Thanks to Mike's lifestyle and motoring experience, he is able to offer a variety of story angles from a technical and performance motoring perspective to aspirational lifestyle pieces that give readers a front row ticket to the lifestyles of the rich and famous. All with supporting photography and available for delivery from December 2014.

Australia's top travel writers and photographers strut their stuff. All stories are available for immediate commissioning. Email now for a prompt reply.

Istanbul: metropolis on the Bosphorus

Istanbul is one of the most exciting cities on the planet. What was once a focal point of Asia Minor is now one of the world's great hubs, fueled by the world's busiest airport. Why the popularity? It's the place where East meets West for architecture, art, food and culture wrapped in an unrivalled sense of history. Every direction in this metropolis on the Bosphorus has the allure of mystery and discovery. John Maddocks trawls the major sites and back streets to discover what makes this bustling mega-city tick. [query]

Dr Rodney Jackson has the somewhat dubious honour of being the only person alive to have been bitten by a wild Snow Leopard. Jackson has devoted most of his life to working with these beautiful and enigmatic animals and fighting to save them from extinction through the Snow Leopard Conservancy, a not-for-profit organisation that runs community-based tours, conservation and social projects in the Himalayan region. Dr Jackson will be visiting Sydney in November as a guest of the Australian Himalayan Foundation, and Kris Madden has managed to secure an exclusive pre-visit interview with him. [query]

When Australian wine lovers talk about the red centre, they don't mean the dusty, remote desert region at the centre of the island continent. The are talking about Coonawarra, a tiny region midway between Adelaide and Melbourne that is blessed with perfect conditions for making long-lived wines. Coonawarra is a place of pilgrimage for serious wine lovers from around the world – drawn by the magnificent cabernets and shirazes produced locally as a result of the region’s unique “terra rossa” soils - red-brown topsoil sitting on a white limestone base. Winsor Dobbin has a head for red. [query]

Only 25 years ago, this journey would have been impossible. A convoy of high-powered British-made, German-engineered Bentley saloons breaching the Communist divide between East and West Germany. From the leafy and urbane Berlin suburb of Tiergarten, across the frontier via Hamburg, to the carefree Baltic port of Copenhagen, the entourage visited sites and establishments revived since the historic dissolution of the Soviet-backed GDR in October 1990. Car buff and history nut, Roderick Eime, steers one of the 200mph capable, V12 coupes in this fanciful dash to freedom. [query]

Detroit is a city that just won't quit.

Born in an exuberant Jazz-age burst in the 1920s, elegant downtown Detroit grew rapidly in line with the fast paced fortunes of the motor industry. Ford, General Motors, Chrysler and others fuelled this glorious period when magnificent art deco skyscrapers shot up like sunflowers in tandem with the sprawling industrial complexes like Ford's enormous Rouge plant.

The Great Depression of the '30s hit hard, but the Second World War revived its industrial might, earning Detroit the mantle: The Arsenal of Democracy. From a peak population of almost two million in the '50s, Detroit has shrunk to around 700,000 today as a result of the changing fortunes of the auto industry and the introduction of automation to the existing facilities.
But Detroit won't be deterred. A massive urban rejuvenation and reinvention program is in place, readjusting the city to the needs of the 21st century. Visionary entrepreneurs like Dan Gilbert are adding their shoulder to the wheel to make Detroit relevant and vibrant in these challenging times. Cars, American culture, gaming, music and sports are all part of this formula. Join Rod as he investigates this resilient metropolis and its plans for a bright new American future.

[ image gallery ] [ email me ] Rod was a guest of www.visitdetroit.com and www.michigan.org
Posted by rodeime 1 comment: 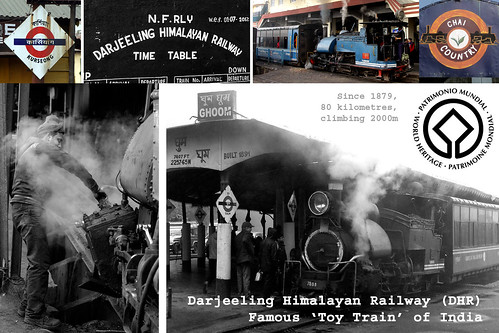 For more than 150 years, the delightful Darjeeling Himalayan Railway has climbed the 2000m from the vast Bengali plains to the tea plantations of the lower Himalayas. Dubbed the ‘Toy Train’ or ‘Tea Train’ by its many admirers, the little locomotive was listed by UNESCO in 1999 and is lovingly maintained and run by both dedicated volunteers and India Railways staff. [ email me ] 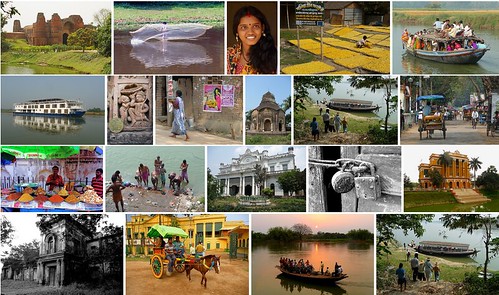 The vast network of the Ganges is more than just a river. Some declare it is part of the cradle of civilization with archeological records dating back to 2000BC. The Hooghly River peels off the main body near Farakka and continues into downtown Kolkata, passing under the famous Howrah Bridge. Cruise its length on the brand new RV Rajmahal, part of the world’s new wave of luxury river vessels. [image gallery]
Posted by rodeime 1 comment: