The Kimberley earned iconic status after Baz Luhrmann's 2008 blockbuster 'Australia' and, love the movie or not, has ensured the ancient landscape is never far from the tourism spotlight.

Rod checked out the newly renovated and Gold Award-winning Mangrove Hotel in Broome before boarding Great Escape for an intimate 4-night adventure cruise.


This was backed up by one of the most unusual cruise offerings in the Australian market. True North spent a week in the amazing Rowley Shoals, a little known marine reserve 260 kilometres offshore from Broome and effectively an ‘aquarium’ in the open ocean with some of the best diving and fishing in Australia.

Rod would be delighted to discuss editorial commissions with high-end print publications or websites.

With support from Tourism WA

Photographer, Ewen Bell, is back from Iceland 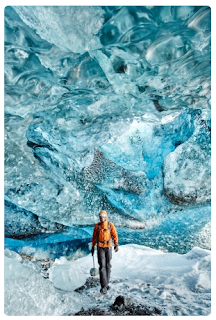 Horses and Ice Caves / Iceland / We always have a few good cracks at the aurora when travelling in Iceland, but this time we also got a chance to watch the colours dance inside an ice cave.

"I love the way light dances through the ice, revealing a hint of it's origins from glaciers far back in time. On this adventure to Iceland we chased the ice on beaches, the snow falling at dusk, the geysirs erupting for its audience and the deep dark hues within freshly revealed glacial caves. And we made friends with lots of Icelandic horses, because I love them too :)"
Posted by rodeime 1 comment:

The Travel Writers co-operative prides itself on assembling the best and most talented travel journalists and photographers for both single feature commissions as well as large content projects.

With the announcement of the latest winners of the Australian Society of Travel Writers Awards for Excellence, it is clear the team have an abundance of ability and experience to offer publishers of travel and lifestyle content.

No stranger to accolades is the inveterate “professional tourist” and PhD, John Borthwick, who returned to the spotlight with the big one - ASTW Travel Writer of the Year - an award he has won before, along with multiple category awards over the last 20+ years. Borthwick also picked up the prestigious PATA Gold Award for destination journalism in 2008.

Acclaimed travel and documentary photographer, Ewen Bell, was awarded ASTW Travel Photographer of the Year in 2007.

The Travel Writers founder, Roderick Eime, was elated at the news he had won the 2016 PATA Gold Award for Destination Journalism but had to be content to be named as a finalist in this year’s ASTW Awards. He has had multiple wins in the past including two gongs for ‘Travel Photographer of the Year’ and a finalist for AFTA Best Travel Writer in 2015.